My sister, who is well into writing adulthood and who writes all the time admitted to me not long ago that for years she was incapable of beginning any essay or proposal without the word “although.”  Apparently, this extended through college, a master’s degree in English, and a career in not-for-profit writing.

“Although” is a handy way to admit from the get-go that any single point the writer will make cannot be all-inclusive.  This is good thinking.  And this also gets the ink flowing: equivocation is often a good start, and you can clean things up later.

I have found, however, that this “although” beginning is not a habit shared by everyone.  In fact, I have discovered a surprising avoidance of those handy balancing words and phrases: although, however, nonetheless, notwithstanding, albeit, in spite of, even though.  We’re better at those simple affirmatives: so, therefore, because.  But these are pushy words that keep us off-balance and often rile up our readers.

Balance: this is not only necessary in exposition, in which we are explaining what we think, and, one hopes, why—and also in our own personal essays, the best of which are internal dialogues.  “I love chocolate, even though I know it’s not good for me,”  “I want to tell my neighbor her house is painted the wrong color; however, I know that would only cause trouble between us, and one day, I might need a dog-sitter.”  “My brother-in-law has terrible table manners; nonetheless, I know I need to get over this elitist position on using the right fork.”   This, but that; however (always a semi-colon before “however”), it could always be something else.”  That’s the structure of a good personal essay: “I’m thinking this way, but . . . maybe not.”

This is also a good way to think about the characters we are developing in our fiction and highly creative non-fiction:  “Sylvia was fond of winter; notwithstanding this fondness, she seemed unable to prepare for it,” “Everett hated to be around babies; however, when his great-granddaughter showed up in her mother’s arms, some kind of unexpected affection took him over.”  Good characters are rounded, complex ones: They are characters who are not one-sided or predictable.  They have those equivocal words in them.

Balancing words not only help us keep our minds open, they also keep our rhythms moving along, yet stable.  The trend toward, clean, minimalist Hemingway-like sentences does not require that we remove mental connectors or avoid logical relationships among our thoughts.  Think of the musical quality of “nonetheless,” and “notwithstanding,” and how they move a sentence or paragraph ahead while they turn our readers’ minds one way or another.

“However” sounds different from “but,” and “but” works differently from an abrupt colon—this is more or less like the difference between a rubber band and rubber cement.  Use these words and allow elasticity of opinion and assumption.

Try writing your first sentences this way for a while.  Edit later.  Although you might not like that beginning, you’ll have something to get you started, and you can edit it later.  Notwithstanding that beginning, you can edit at another time.  In spite of that first sentence, you can move ahead and edit later.  This has always worked for me; however, I know that it might not work for you.

Winona Winkler Wendth freelance writer, editor, and writing mentor and teaches various courses in writing and the humanities at Quinsigamond Community College.  She is a cofounder of the Seven Bridge Writers Collaborative. Contact her at wwwendth@mac.com.

Posted by Unknown at 2:37 PM No comments:

For our our upcoming,
Living The Writer's Life Workshop:

Do you understand the different working relationships between publishers and authors (acquisition, subvention, fee-for-service, subscription)? Do you know what really makes traditional publishing different from self-publishing? Do you know how to determine the quality of a publisher’s services? Or how a publisher can help promote your book? Join Sarah Bauhan, head of Bauhan Publishing of Peterborough, New Hampshire, for a discussion of these topics and a look at the changing world of small book publishers.

Bauhan Publishing is an independent publisher in Peterborough, New Hampshire, focusing on New England regional books in the areas of history, art, nature studies, and poetry, as well as venturing into thoughtful books that explore sustainability of both the earth and the spirit.
Posted by Unknown at 2:06 PM No comments:

Don't Sell Your Soul to The Highest Bidder 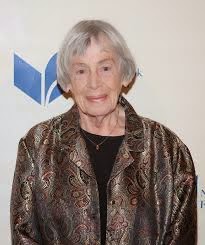 She did not utter pat phrases or gracious, overdone thank-yous, in the manner of Academy Award winners. Le Guin instead used the occasion to urge fellow writers to stand up for what's good about writing and resist the marketing trends that bury the marketplace in mass-produced book-think. You know, the kind of books that successful authors are being urged to mass produce, rather than write, in a grasping, greed-inspired effort to flood the market with easy sellers.

There is a lesson here for all of us. Do we really want to be that kind of writer? Is that what we should aspire to? There are plenty of people jumping on the popular band wagon. But quality isn't sitting there beside them in many cases.

Le Guin doesn't think it's the way to go. Writing is art, she reminds us. It's not a commodity.

She certainly did properly thank those who helped her receive honors that evening. But she also referred to a time when writers of her scifi/fantasy genre could not get recognition as writers, and were excluded from awards consideration. The awards, she said, went to "the so-called realists."

Now, she says, the rewards may well go to those who can see the direction society is going, and the dark as well as hopeful side of the future.

In the future, she said, "We will need writers who remember freedom."

"Right now, I think we need writers who know the difference between the production of a commodity and the practice of art. Developing written material to suit sales strategies in order to maximize corporate profits and advertising revenues is not quite the same thing as responsible book publishing or authorship."

Publishing these days, she said, involves sales departments given control over editorial content. I see my own publishers, in a silly panic of ignorance and greed, charging public libraries, for an e-book, six or seven times what they charge others…I see (writers and publishers) accepting this—letting commodity profiteers sell us like deodorant, and tell us what to publish and what to write?"

Le Guin charged those who write and publish books not to accept this situation, but to resist, and fight for change. "Books are not just commodities," she said. "The profit motive is often in conflict with the aims of art. Resistance and change often begin and change in art, and very often in our art—the art of words."

She concluded her speech with this reminder: "I really don't want to watch American literature get sold down the river. We who live by writing and publishing want, and should demand, our fair share of the proceeds, but the name of our beautiful reward is not profit. Its name is freedom."

Ann Connery Frantz is a co-founder of Seven Bridge Writers Collaborative and writes fiction/nonfiction, as well as Read It and Reap, a column for book clubs, for the Worcester, MA, Telegram & Gazette.

Posted by Unknown at 1:36 PM No comments:

"A Junkyard of The Mind"

It wasn’t until I was half way through my first novel that I first began keeping a writer’s journal. At the time, the act of recording my writerly journey seemed at best self-important, 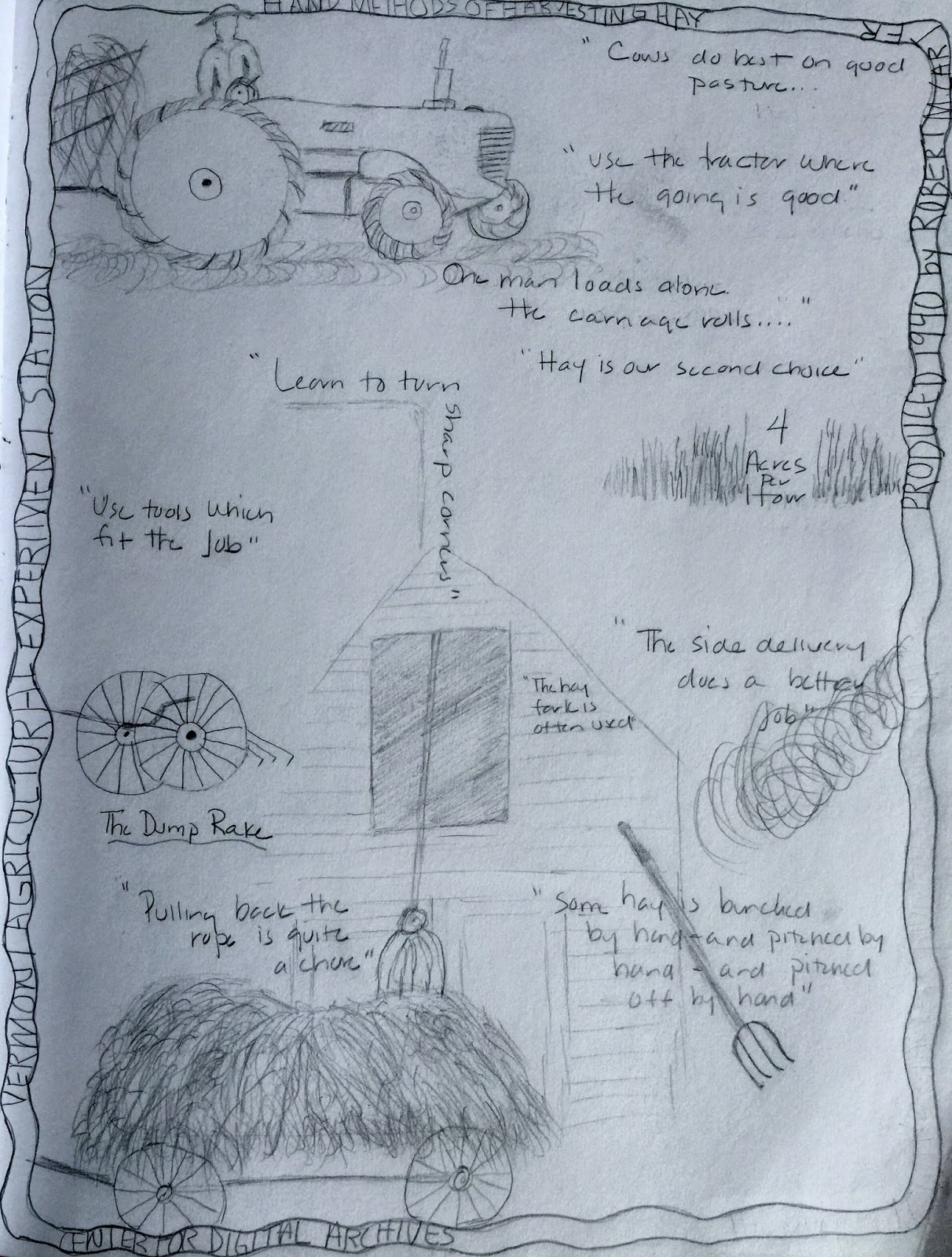 and a worst, a drain on creative energy. After all, there are only so many productive, not to say energetic, hours in a day, and I thought it best to funnel any inspiration I had into the work at hand.

But a writer’s journal is not simply a record, though it may overflow with the incidental. It is not an artwork, though it often contains beauties. And it is not a diary, though the story of the writer’s life may be found there.

The writer’s journal is a repository, a treasury of ideas, emotions, notes, drawings, clippings, lists, quotes, scraps of dialogue (overheard and imagined), plotlines, poetry, descriptions, images, photographs, notes on craft; anything and everything that is of interest or use to the writer.  A junkyard of the mind, the fiction writer, Lawrence Norfolk calls it, part dumping ground, part recycling station. And as anyone who has ever visited a junkyard knows, it’s a place rich history and possibility.

A journal serves as a supplement to memory, a kind of low-tech ram, where information is stored, readily available to the working writer. But it is also a kind of breeding ground where unexpected connections occur, revealing new narratives and themes. Like doodling, journaling primes the mind for creative work. It is fragmentary and undirected in a way that frees up the unconscious and tempers our inner critic. As Linda Berry, the cartoonist and teacher, notes:

When we are in the groove, we are not thinking about liking or not liking…   and it isn’t thinking about us either. Yet something shows up… The practice is to keep our hand in motion and to stay open to the image it is leaving us: a message fragment we may not recognize until we have  enough of them to understand.

In that sense, journaling is an activity similar to the idea of “clustering,” a technique that Gabriel Rico describes in her book, Writing The Natural Way. It is an associative process by which ideas and connections accumulate and expand, more chrystalline than linear in nature, the result of a hand and mind free to wander. 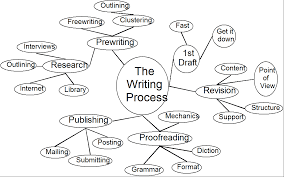 Journals are as individual as the writers who use them. 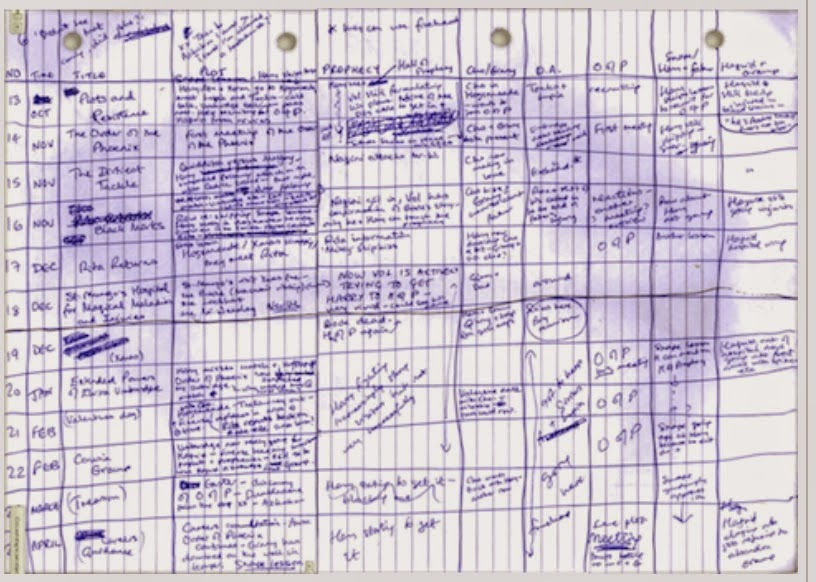 J.K. Rowling made graphs and outlines. 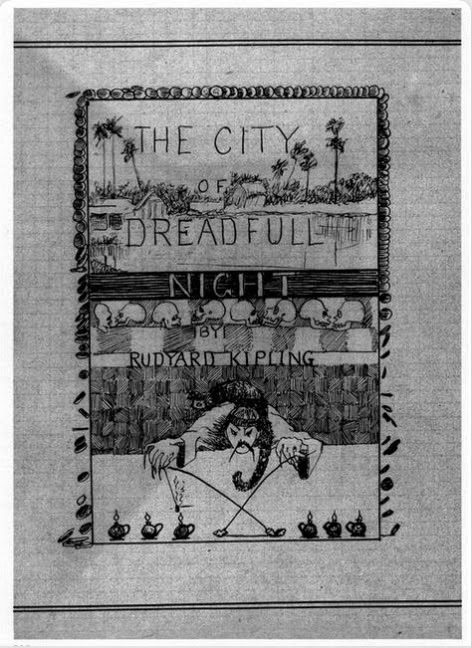 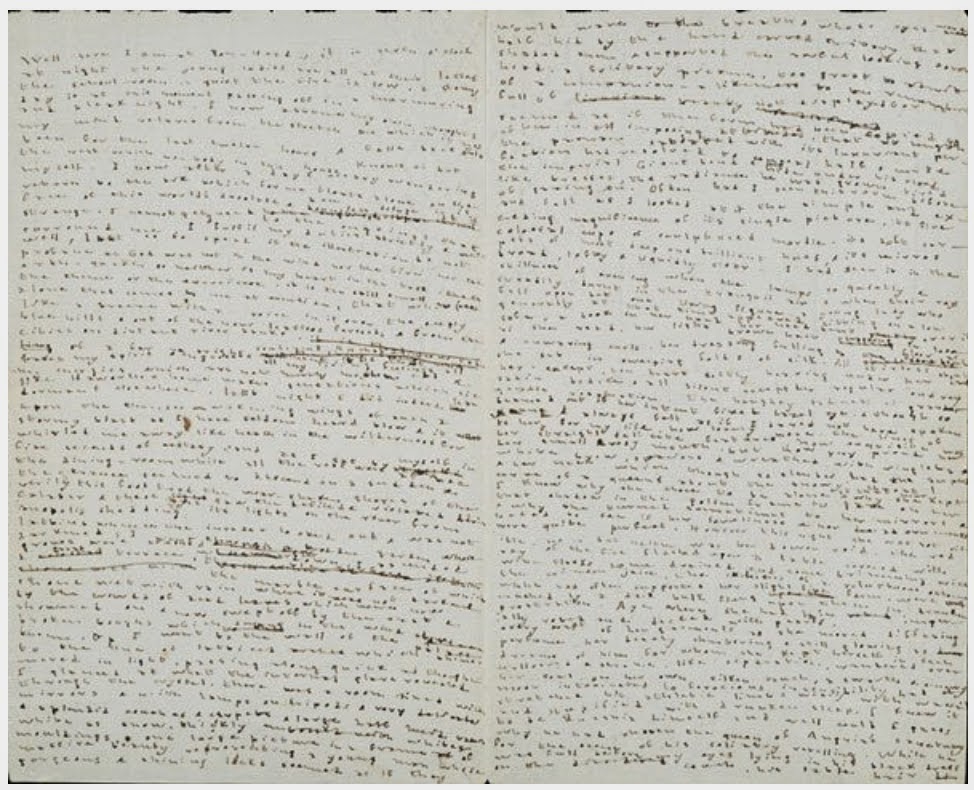 Charlotte Bronte drafted, in a tiny script that revealed frugality, if not intensity and passion.

Just as style is the man himself, our journals reflect our approach to craft. They reveal the shape and direction of our work, and perhaps our lives. In this way, the writer’s notebook is a kind of incubator, where patterns and meaning form, though we may not see them until days, weeks, or even years later.

Finally, journaling is an antidote to perfectionism. Intended for no audience, it a safe place for the writer to experiment and explore. It is a tool, and no more self-important than a plumber’s wrench or a gardener’s shovel. And though keeping a journal may take up energy and precious time, it never takes away.  All the hours we spend there are returned to us, like straw into gold, whenever we face the blank page.

Hollis Shore is a co-founder of the Seven Bridge Writer's Collaborative, and graduate of the Vermont College MFA in Writing For Children and Young Adults program. She was the 2012-13 Boston Public Library Children's Writer in Residence, and a winner of the PEN New England Discovery Award for her novel, The Curve of The World, out for submission shortly. Contact her at Hollisplus@gmail.com.
Posted by Unknown at 10:39 AM No comments: